One book I would strongly recommend for senior pupils, to improve their writing skills, is Stephen King's On Writing. Senior pupils should find it accessible and lively throughout. An ideal last twenty minutes before sleep kind of read! King tells the story of how he grew to love literature and how he first began to write. Along the way he gives specific advice that any Leaving Certificate pupil should find helpful if they were to attempt to write a short story in Section II of Paper I. 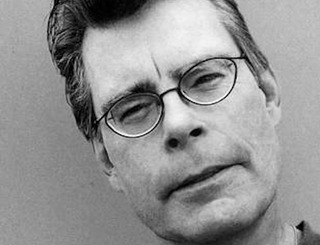 The way the book is written is, in itself, a fantastic guide to how a book should be structured both physically and in terms of writing techniques used by King. He particularly leans on the use of his own anecdotes. They serve to bring the reader  to formative moments from throughout his life, before elucidating onto a more specific point on writing technique. I've picked this book up to read over and over again through the years and it still seems to have something new to say every time.

Posted by NewEnglishBlog at 15:45
Email ThisBlogThis!Share to TwitterShare to FacebookShare to Pinterest
Labels: Teacher, Writing Skills

I was recently directed towards this website whilst doing an online education course. The site is full of great resources to help develop writing skills. The resources are particularly suited for Junior Certificate English classes. Posted below is just one PowerPoint resource available from the site. It looks at some the basic elements that are needed when creating a story. Enjoy.


Posted by NewEnglishBlog at 13:13
Email ThisBlogThis!Share to TwitterShare to FacebookShare to Pinterest
Labels: Teacher, Writing Skills

Romeo and Juliet is a play of love and loss. The play is set in 'fair Verona' Italy. There were two families, the Montague’s and the Capulet’s, 'both alike in dignity' live. Both families have a strong hatred for each other because of an 'ancient grudge' and because of this Romeo and Juliet 'two star-crossed lovers take their life.' 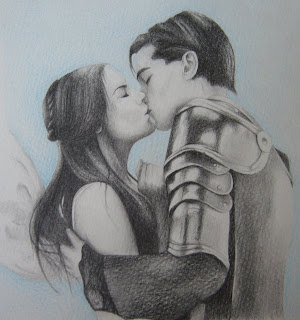 Acting: The acting in the play was also very well performed, especially the fight scenes and when Juliet kills herself the blood in particular was brilliant to watch. Lord Capulet and the Prince were played very well. There were certain parts of the play that were not acted out to the same standard where when Paris and Lord Capulet are discussing the marriage of Juliet. Certain characters in the play were also not portrayed, such as Paris or Lord Montague and other characters were played by actors of the opposite sex. For example Tybalt and his companions were all played by female actors. Overall the acting in the play was very well done and played excellently.

The characters in this play were all played very well and all were believable. The nurse in the play wasn't exactly a joy to watch. Her accent was very annoying and she did not play the part very well. Her laugh in particular was quite aggravating, she had one of those uncontrollable brain-dead laughs that started and ended in a snort. Overall, the characters were very well portrayed and pleasant to watch. 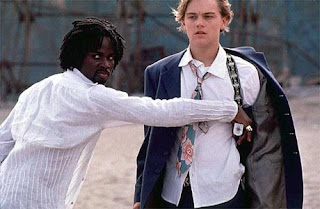 The set in the Riverbank was very small because the stage had very limited space. All the parts of the set were made from wood. On the left, there was an archway leading to backstage. In the middle, a clock with roman numerals partly painted on the floor and the centre of the clock was raised about a foot. On the right, there are two more archways. One, with a ladder in front of it leading up to Juliet's chamber, and a second for characters to enter from off stage. Overall it was not a great set due the lack of space on the stage.

I would recommend this play to everyone age thirteen and up due to the adult humor. It is a great way to see the play in action instead of just reading it from a book. This play is funny, gory and romantic. I found it a great experience and helped me a lot in trying to put the play into action in my mind. Overall this is a great play and fun for people who are studying it for exams.

﻿Please find below a collection of descriptive writing pieces completed by second year students here in the College. The pupils were asked to describe Sherbet Lemons....mmmm Sherbet Lemons...! Enjoy.

It sat there. On my desk. A delicate glass marble so cold and fragile that I was almost afraid to touch it. It was a golden drop trapped in a plastic film. It waited to be unwrapped like a present on my birthday, begging. And so I obliged. I picked it up; it felt like a hard plastic stone. The wrapper glistened in the light, as it crunched gently in my fingers. I slowly removed the wrapper. It felt as sticky as toffee; it was smooth along the edges like glass but rough on the top like sand paper. A lemony invasion overtook my nose, a tangy explosion. Then, I put it in my mouth.
The taste was extraordinary. It was a magnificent juice that filled my entire mouth, a refreshing burst of sugar. It was a sweet bomb on my unprepared tongue. I bit down through it, it split into tiny fragments, like debris floating around my mouth, and when I swallowed, my mouth was a cave, hollow and empty, still echoing with that old bang of flavour.

My year group and I recently attended the Second Age Theatre Company’s production of William Shakespeare’s Macbeth, in the Helix. The play follows the trials and tribulations of Macbeth upon his search for power and eventual downfall and destruction. 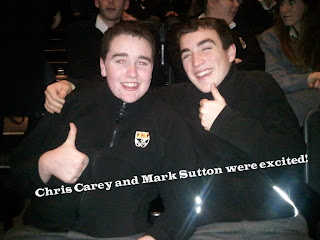 I found this production of the timeless classic a little underwhelming. Although it was my first time seeing any sort of play at the theatre I felt that this interpretation was found lacking. It has to be said that there were many good aspects also. The main part of Macbeth, played by the very talented Will Irvine, was very well portrayed throughout. Irvine’s great bellowing voice carried well in the room and his stage presence was excellent.

The majority of the actors on stage played their parts to their fullest ability but it was the few that lagged behind that brought down the overall quality of the production. Enda Kilroy, who played Banquo was a little rigid throughout and didn’t act with the same fluidity that the others did.

The smaller parts in this play really threw me. The lack of actors lead to some people playing more than one role which made it very hard to keep track of who was who. Other actors who played smaller roles with fewer lines showed their inexperience as they muffled through their words and nervously staggered around the stage. In certain scenes the level of acting skill made the play seem cheap and amateurish.

Apart from the acting I thought the staging of this play was excellent. The use of the giant windowed doors at the back of the stage gave the simple settings in this play another dimension.  It allowed the audience to be part of the illusion of the play, like when Macbeth sees the ghost of Banquo, we see his “reflection” in the windows of the doors. It was the little things like that that tied the play together really well. The combination of the lighting and the smoke on stage positively added to the eerie, mystical atmosphere surrounding the witches. It gave the illusion that these supernatural beings are constantly shrouded by a mystical fog. The only downside to the overall staging was the choice of costumes for the various characters. The three witches were depicted as masked men in what looked like an old-fashioned pilot’s uniforms. It tarnished the idea of them being the “three sisters” and had me confused from the beginning. 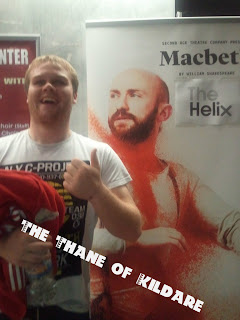 Following Duncan’s murder, we are introduced to the Porter played by Damian Kearney. The Porter’s role was to provide comic relief for the audience following the intense events of the previous scene. No one could really argue that Kearney didn’t fulfil that brief but I felt he took it a little too far. The blatant sexual humour got everyone laughing the first time but then, he just kept going. The same jokes over and over debauched the storyline a little and the timeless play turned into a cheap pantomime.Although he adapted very well to the teenage audience, it was obvious that the diehard theatre fans were not as impressed . My favourite aspect of this production was how the director created the scenes where people were killed. The use of Radiohead’s “Videotape” along with the dramatic slow-motion and red sand in place of blood all combined to make the otherwise normal killings into something memorable for the audience. It made it far more dramatic and the red sand was a very clever idea as it was one of the few props used in the production and was by far the most effective. The playing of the song made these scenes stand out in my mind looking back because it is the only time we really saw sound used to enhance the actions on stage.

Weighing up the various pros and cons of this production of Macbeth, I feel that there was a lot left to be desired. If they could have improved the little things like the number of actors or even had more appropriate costuming it would have been far more enjoyable. I feel they tried too hard to bring this classic into the 21st century and strayed away from what has made this Shakespearean masterpiece so famous.